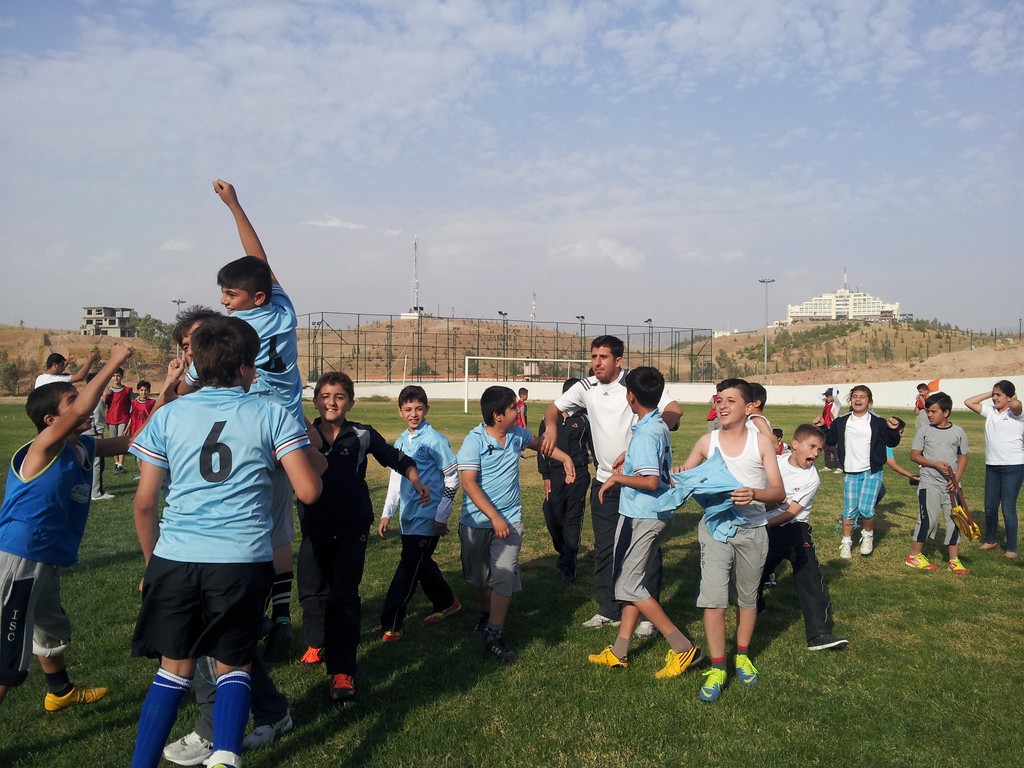 On Saturday, October 26, 2013, students from the Sarwaran International School participated in the SABIS® Regional Soccer Tournament.  The tournament, which was organized by ISC-Erbil, involved teams of 5th and 6th graders from SABIS® member schools throughout Kurdistan.

When the final whistle blew, the Sarwaran International School team had secured second place and took home the silver cup.

The Sarwaran players enjoyed the tournament and showed enthusiasm and team spirit throughout the games.  Practice has already begun for next year’s tournament.